Join independent songwriters Jasmine Beth + Matt Thomson + Justine Wahlin in the round for an afternoon of songs and stories at Bundanoon Memorial Hall.

Jasmine Beth plays original country-folk songs about things of all kinds–from problem gamblers to problem politicians. When borders are open, she spends a lot of time on the road, touring Australia and the UK every year. Her most recent single, 'The Gambling Man', is shortlisted in the Australian Songwriting Contest 2021 and was Commended in the UK Songwriting Contest 2021.

With a smattering of Elliot Smith, a dash of Nick Drake, a pinch of Jeff Buckley and a hint of Bowie, singer-songwriter and guitarist Matt Thomson may just bring a tear to your eye with his dreamy songs of loss and desire. Matt is one half of indie-folk duo Born in October. The duo's debut release, 'Running in Barefeet', was awarded best EP at the Nimbin Roots Festival's ARMA Awards 2018.

Matt has also performed his own songs extensively as a solo artist and is currently recording/polishing his debut 11 track studio album at East St Goya studios with Mitchell Sloan and Luke Fuller, due for release soon!

Justine’s live shows have been described as ‘mesmerising’ (Karl Broadie) and ‘like listening to an old record, only live’ (Zvonko Jovicic). Like a locksmith with many keys, Justine has opened multiple doors that have led to her true passion—to create heartfelt folk and roots with soul. Her gateway instrument into a musical life was the bass. After playing in bands through the ‘90s and early ‘00s, with a deep pulse that endures, Justine is now at the centre of her own stage, with a swathe of deeply emotive and lyrical tales pieced together with unique songwriting and a captivating voice. Her debut EP, Conversation with Crows, a raw and heartfelt live recording, was followed by ambitious studio album, A Long Way From Home, which took out the Anthony Lycenco Best Roots Album Award at the Nimbin Roots Festival's ARMA Awards 2017. 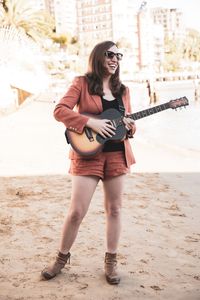